Home Literature Poetry Why was I in MH370? It was a stunning morning

The sky glittered in its golden glory

After 3 months and days fourteen

I would fly back to my wife and kids

With an interesting Malaysian story

With our wedding anniversary just a day away

She would be delighted to see me home

For the kids, I’d again be the partner in play

Their vacations and now mine too

I would gift them all a trip to Rome

I would be with her in an hour

Fresh from the shower

She would wear my favourite perfume

And smile and blush like a school girl silly

Thought of, to the airport all the way

Daddy I love you, will she say

Ted’s stories of flirting with girls

And they chasing him down the stair

The flight now seemed to be long

So I would better shut my eye

Suddenly I felt a jolt strong

Flight moving up even high

I had no clue

There was a fire on wing

It headed towards water blue

She didn’t even know I was aboard

How would Emma stay without me?

From her rainbow, all colours would flee

What would happen to the kids?

They wouldn’t even draw a family tree

To their families it was a final farewell for some

For others, even last meeting wasn’t in fate

All of us were in excruciating pain

The heat was burning my skin

My lungs choked with fume and smoke

I groped for oxygen

I closed my eyes

And the spirit was free from its lock

I never thought it was Ocean Indian or Pacific

Was it to attack a country, a planned hijack?

Please tell my relatives that I am dead

And then I give a damn to any of your claim! 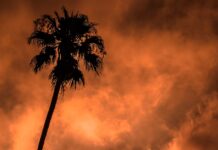 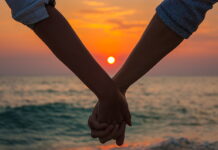 A tribute to the Maestro of Indian Classical Music