“Dada paisa din” I heard a canorous voice that drew my attention and I hurriedly moved my eyes in all the four corners of the street to locate its origin but I couldn’t see anyone. “Dada din na” once again the soft musical words coaxed me to not give up but find out the source of this pleasant soulful voice. I looked here and there but there was no one. All of a sudden I felt something was pulling my dhoti and thus I looked down. She was standing right there – the tiny girl wearing a colorful frock.  All soaked in mud, dirty so as to speak in banal terms yet she had the most immaculate smile I had ever seen on any human beings’ face which attracted me to the extent that I could not take my eyes off her. “ What do you want”? I asked her in a rather affectionate tone which was in fact an inadvertent change that my voice had assumed on seeing her. “Taka” ami ja korechi tar pore. Baba bollo nei asho. To ami apnar kache taka nite eshechi”. She replied. “Ki korecho tumi”? I asked fondly but again I knew that my affectionate tone was an unrehearsed outcome due to the fact that this little girl’s innocent demeanor had managed to grab all my interest which got manifested in my voice. “Ei tamasha korechi” she giggled as she uttered and I felt the laughter had effaced all my egoism of a “wealthy man”who would never respond when accosted by any stranger on the road so I continued my interaction with her. Forgetting all the pragmatic knowhow of the money-minded world I remarked, “ Oh! So you want me to give you some money for food is it? But to my astonishment the girl rebuked with a frown, “ No! not food. I am asking money for ‘tamasha’ – my performance and pointing at a rope supported by two wooden planks placed on the road, she said, “ I walked on this without dropping a single matka placed on my head”. Didn’t you see dada? Didn’t you see me perform?”  For the first time in my life I thought I did not want to disappoint somebody but I could not help it as I had to tell her that I had missed her performance. “NO beta, ami dekhi ni. Ami akhon elam tumar tamashar pore”. Oh! She said with such a demure expression on her face that provoked me to utter a few words of encouragement and I chose to offer her some money so as to change her mood but she refused saying, “ Na. Jokhon amar tamasha dekho tokhoni deben”. I promised to come the next day and watch her performance without fail.

The very next day I was all set to go and watch the girl perform but as I reached there I could not see any tamasha performing troupe. On asking one of the street vendors I gathered that the police had banned them from performing in that area as there was a ‘Great’ auditorium there that was meant for the “Posh” public and the tamasha performers caused a lot of discomfort for the ‘celebrities’ who came to showcase their talent as it was demeaning for them to perform in a locale where ‘low class’/poor street performers also performed. Thus, the tamasha artists were henceforth banned from coming to that place. The news was devastating. How does one explain this? I thought. Aren’t they performers dedicated to what they do or have done since eons? Do they not have the right to get recognized? And yet they go unnoticed all their life.  I was indignant but could not express anything to anybody. Who would understand in a scenario where art was regarded as the prerogative of the high-class page three candidates? But I resolved to do something for these street performers. “ I will make them known” said I to myself and as a result I am here with a play solely dedicated to these artists who are not renowned only because we have ignored them in spite of being aware that they possess an extraordinary knack of performing arts. Thus, I have brought my “Nachni” and I know she would be very happy, wherever she is today. “Dada ami khoob khus achi”- I am very happy. She says.

[ Dedicated to all those most inspiring theatre practitioners that strive to keep the indigenous traditions of art ongoing in spite of all odds. ] 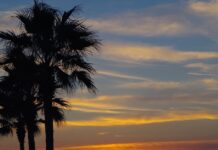