ABSTRACT: Trimukhi Platform is a non-profit organization founded in West Bengal with a desire to amalgamate three apparently different activities namely; social work, artistic creations and theoretical research. Trimukhi gifted me the opportunity to see their work/workshop with the Santhal (tribal) children by sending me the youtube link of the entire performance. I wish to specify that this is my personal interpretation of what I saw and how I felt about the entire rendition. The write-up does not attempt to manipulate the readers to either attend to or appreciate the presentation. It is simply a means to highlight the promising qualities I spot in Trimukhi’s benign endeavor to work with the tribal children and give them a chance to showcase their inbuilt talent.

Tribal art has gathered interest and attention of its admirers from time to time but it is also isolated from the mainstream.  A prominent reality today is that urbanization has candidly segregated the culture of the villages from that of the cities and this ostensible division has engendered the necessity to retrieve the ethnic art in the contemporary times.  The present day movements in Indian theater to retrieve the folk drama of the Indian villages are exemplary of such efforts undertaken in the world to keep the living folk artistic traditions ongoing.  The realization dawned upon the Indians as early as in the post-independence period to save the Indian folk art from receding into oblivion. Since then, active practitioners of Indian theater have contributed immensely to the resurrection of folk and the institutions as Sangeeta Natak Akademi and Sahitya Akademi have time and again encouraged the attempts to keep folk dramatic art in alive in the Indian theatrical mainstream. As a result, there has been considerable growth in the activities undertaken to give traditional theater of India its due recognition. If certain exorbitant practices of such kinds which are nothing but pageantry may be overlooked, many of such endeavors have been genuine and have contributed immensely to goad the significance of introducing the urban Indian dwellers to the values of folk dramatic art. Trimukhi platform’s Bachchader Experimentum is one among these very few but very crucial practices that not only encourage tradition in Indian theater but also prove its importance in the contemporary scenario.  However, the effort is distinct in its own right. It cannot be understood as one among the many practices in Indian theater to restore folk tradition. It in fact is an opportunity given to us – the city dwellers to behold the most mesmerizing tribal art of the Santhal children which is a rare combination of innocence and excellence. The children that have both composed and acted in the presentation have testified that art is not the prerogative of ‘Great’ artists who rule the contemporary theater with their erudition of technicalities governing the modern performing arts. Instead, these small children have given us the theatrical knowledge full of ‘wisdom’ which no professional training can, I am sure, bestow. Of course, the activity is one among the many initiatives of the Kolkata based group Trimukhi Platform’s experimental workshops with tribal folk but the manner in which these children have managed to capture our attention overshadowing the lights, camera and action that characterize modern theater, is certainly praiseworthy.

The Santhal children have displayed their knack of theater right in the beginning. Despite being conscious of the camera that is there to follow their activities, their camera consciousness accompanies the spontaneity in acting which many a trained artist lack. At the onset, the little girl playing in the sand together singing a song with intermittent laughter not only looks endearing but also makes us aware that a theatrical rendition is not about “How I appear in front of you all” but rather is all about “How liberated I am as an actor in spite of being bound by the codes of the performance. What a sagacious thought displayed through a representation that extempore is required of a presentation in spite of numerous rehearsals that accompany the final take!

Next, is the initiation of the musical story-telling by a Santhal girl. She holds the microphone in her hands and tells us the account of a village girl Pini(about herself) and her pithy but interesting experiences with her sister in law and a school boy who cries for he wants to have extra curry. Overtly, if we look at the entire presentation, it is a little girl’s playful chatter.  However, this child’s blab converts into the most inspiring version of theatrical story-telling which no experienced dramatic tellers can bestow. The manner in which she narrates proves that a story does not depend upon technical expertise of the teller(s). Voice quality, throw, pitch, play with words, intonation, accent and pronunciation, etc., and even language in which it is told for some extent all of this becomes subliminal when the narrator assumes the identity of tale that is told. This inseparable blend of the teller and the tale makes the story appealing and we almost forget we are listening to the girl as an audience but rather we feel we are a part of the her story. This makes it a lively experience and we begin enjoying as we see her dancing freely, holding a glass in her hand, drinking its content and then narrating together. It is an admirable mix of the banal and the artistic that is seldom found in the theatrical world of the urban proscenium where everything is so scripted, decided and organized that it more often than not curbs the space for any “unconscious” natural performance. Truly “Pini” is inspirational! She justifies the aplomb with which she takes the microphone in her hand to perform!

Finally, we see a group of boys and girls with oil lamps on the ground surrounding them all. Dark night is the backdrop and slowly these performers climb on a tree, sit there jabbering for a while and thereafter descend to the ground. The lights and camera effectively focus on each one of these children in the endeavor of mounting the tree-top, taking the respective positions on it and then gradually coming down and here we do appreciate the role of the lighting system and camera in directing us to observe these children in the light of their transformed image as the smart performers with their colored glasses sitting on the top of the tree testifying that adroit actors are not restricted to the performance space of a formal auditorium but they can manage to grab audience attention anywhere as they know what they are doing. So confident are these children that they do not bother how the onlookers interpret their actions (on the tree) rather they are immersed in their own world of performance. That is the sign of true “professionalism in art”. Moreover, towards the end, their rendition gets enlightened not by the complicated lights of the modern stage which accompany them but rather with the oil lamps in their hands which indicates that true art suspends the requirement of “awesome” techniques but the “awesome” is intrinsic quality in it and becomes evident through the ‘artless’ artists like the Santhal Children.

I personally feel, Triumukhi platform has given the right to these tribal child artists to ascertain the inherent talent they possess. Nevertheless, through Bachchader experimentum, the organization has also established the value of the tribal art for its extremely natural exhibit that supersedes many a rehearsed performances of the technically advanced proscenium theater. The experimentum is exemplary of a sagacious performance that solely dwells on the performers’ interest in their presentation devoid of any perfunctory conscious rendition governed by the thoughts of lights, camera and action. I want to insist that this Experimentum is truly experimental in the contemporary theater as it is a needful showcase of the distinction between formal urban and the informal rural performing arts which enables us to understand that training in art can never overtake the beauty of natural performance resplendent with the smell of the earth. This illumining message is embodied towards the end by the children with the oil lamps in their hands and is a perfect closure for such an enlightening performance. It is indeed a landmark in the contemporary theater. 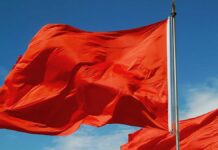