Home Editorial Equal Justice for All Now days the schools have included parts of Indian Constituency in certain subjects like EVE and Political Science. The “availability of basic rights” and the fact that “all men and women are equal ” ( Equal Justice for All) before the law are such a statement that provides a security within every individual child. But the picture changes when the same child is left to confront the world. The first word that the child will learn is ‘Power’ because he will see that in real life there is lack of the availability of basic rights and “all men and women are not equal ” before the law. Few contemporary cases will describe the above mentioned thought in details.

The Supreme Court of India has already made it mandatory that the cases of physical assault have to be tried on Fast Track but to my surprise it was not followed in the trial against Tarun Tejpal, who was accused for sexually harassing his employee in 2013, and the case moved sluggishly. The present situation is again giving a call to the question of equal -ity of all Indians before the law when we come across the news that the former head of The Energy and Resource Institute, Rajendra Kumar Pachauri, accused for sexually harassing his employee, is appointed as the Executive Vive-President of Teri. This case has once again nurtured the history of Indian judiciary system and shows that the politicians and rich people are treated differently from the ordinary people.

The influential section of the society thinks that they deserve preferential position. In many instances cases against the influential, never make it to the court or are dismissed under flimsy pretext. Such an example is Salman Khan’s hit and run case. He being accused of driving drunk and running over people sleeping on the pavement of a foot-path, moved freely in India as well as abroad, acted for films and gained sympathy of his fans. The case of Sanjay Dutt is no less important in this discussion. The Indian Judiciary system is so warm hearted that it even showed leniency to a person who has contact with terrorist activities.

One might pose a question ‘why a less influential person in the same situation is treated differently?’ Rajendra Kumar Pachauri’s case should be put into Fast-Track judgment and his promotion should be detained for the time being, and the people who promoted him to the post of Executive Vive-President should be punished and removed from their posts. Its lime to remind the world that law should be same for everyone and the law-enforcement agencies should act in a more responsible and time-bound manner.

~ Equal Justice for All ~ 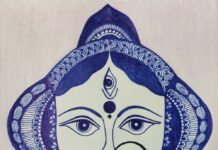