The progress, prosperity, and peace of any country depend on its history, heritage, culture, and philosophic ideology. India is a country that is well known not only for its rich cultural and historical heritage but also for its great philosophical ideology. The oldest scripture of ancient India is Veda out of all the kinds of Vedic literature, Upanishads which played an important role in the development of the spiritual idea for the mind and sanctified human life.

The ‘Maha Upanishad’ is one of the minor Upanishads of Hinduism. It emphasizes on the concept of the “Vasudaiva Kutumbakam”. It relates universal acceptance of the world as ‘One Family’. The Vedic ideology confers “Aham Brahmasmi”, which is used in “Sanatan Shastra” and Yoga Philosophy to describe the unification of individual self or soul with the ‘Brahman’ or the absolute. The Non-duality theory of “Advaita” Philosophy states that all of us possesses “Atman” the individual ‘self’ or ‘soul’ which have the potentiality to unite and merge with the absolute of the universe the ‘Brahman’. Hence every human being has the same origin and the same destination to assimilate.

According to Hindu Mythology, ‘Matsya Puran’ sage Manu was the first man (created by the union of God Brahma and Goddess Shatrupa or Saraswati) and Ananti was the first woman. From them, all the human races developed. The Abrahamic religion also believes that all humans originate from the same ancestor (to them Adam and Eve were the first man and woman respectively). So the central idea of all mythological beliefs is that humanity is in the essence of a single-family, where the human race descended from a single ancestor.

The theory of evolution also reflects the same ideology – All the species are related to each other, but gradually changed genetically and phenotypically in the course of time to cope and accommodate themselves with the changing environment.

It is both mythology and science which support the Vedic theory. While we initiate discourses on world peace in turbulent times, we cannot pass the great philosophic depth of the Vedic system that emerged a thousand years ago and recognized the entire humanity as one single family. The primordial strength in “Vasudaiva Kutumbakam” is an amalgamated principle of consciousness through cultural continuity. On Sept 11, 1893, at the first world parliament of religions in Chicago, Swami Vivekananda  echoed the same, “I am proud to belong to a religion, which has taught the world both tolerance and universal acceptance.”

This Vedic ideology is again profusely substantiated by Rabindranath Tagore “I LOVE INDIA, not because I cultivate the idolatry of geography, not because I have had the chance to be born in her soil, but because she has saved through tumultuous ages the living words that have issued from the illuminated consciousness of her great sons— ‘Satyam Jnanam Anantam Brahma’: Brahma is Truth, Brahma is Wisdom, Brahma is Infinite; Satyam Sivam Advaitam: Peace is in Brahma, goodness is in Brahma, and the unity of all beings….”

However in the influence of “Maya (illusion)” and “Ahong (Ego)” we gradually deviated from the truth of Brahma or Oneness and get indulge in conflicts on issues thus ultimately translates into worldly retaliation. These conflicts are between two individuals, between two countries, or throughout the world. The main causes of conflict may be for Economic Gain, Territorial Gain, on dogmatic religious issues, on the national ground, revenge, civil ground, revolutionary and defensive purposes. Peace and security is an essential factor in human existence. A peaceful and secure environment is critical to every society; as it affects all aspects of economic and social development in a country, and is a necessary sin-qua non to the realization of human rights.

Peace is a concept of societal friendship and harmony in the absence of hostility and violence. In a social sense, peace is commonly used to mean a lack of conflicts and freedom from fear of violence between individuals or heterogeneous groups.

To preserve, sustain, and proliferate peace harmony across the world the Vedic approach of “Vasudhaiva Kurumbakam” is the initial understanding that we must develop and practice with devotion. When we can evoke our inner power and realize the ‘Divine Self’ and consciously control over Kama (lust), Krodha (anger), Lobha (greed), Mada (pride), Moha (attachment), and Matsarya (jealousy) we will blissful realize that everyone has the same ‘Divine Self’  and no one is different from another divinely. These are the six spiritual hindrances (Ripus) of the human mind, which prevent us from universal tolerance and acceptance. Only by our conscious efforts, we can combat these hindrances, and thus we would progress realizing the whole world as one family and in ‘ONENESS’. So, from the above discussions, we can firmly infer, even in the 21st century, how the Vedic ideology of “Vasudhaiva Kurumbakam” is important for maintaining peace and harmony around the world. 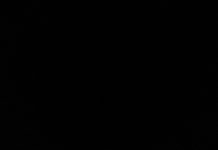 A tribute to the Earth