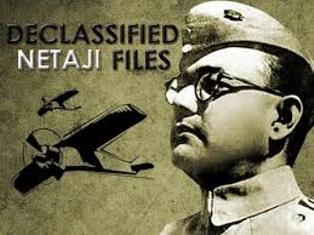 On 119th birth anniversary of Subhas Chandra Bose India witnessed a few gigantic events taking place that could change the body politic of Indian history and even it deserves another chapter to describe.

Like every year the schools celebrated the day with pompous events and on the other hand after long hiatus period the files of Bose and its contents is revealed in the world forum. Certainly various facts have gained limelight. Over 100 files comprise over 16,600 pages of historic documents, ranging from those of the British Raj to as late as 2007 was found in the documents.

Few months ago the Chief Minister of West Bengal Ms. Mamta Banerjee has gathered 64 files from the Forward Block of Kolkata and manifested it within commoners but the primary question remained unanswered, “Did Bose really faced the final fatal blow in the plane crash of Taipei on 22nd August 1945 or he was alive even after that?”  The files only came up with few petty-truths. The death of Bose remained a mystery even after such intense work but the suppressed controversy has made it a political issue to discuss on for days.

Control Your Anger — Before It Controls You