Work was hectic. I was perpetually psyched out. So I decided to take a break in the office cafeteria itself. And then, suddenly, I felt like letting out the writer in me. But then came the tedious task of figuring out, what to write. Tedious it was indeed, but it took my mind for a walk down the memory lane. Memories, smeared with nostalgia. I recalled, it was exactly a year back that I gathered my guts to realize my dream with four to five friends of mine. Now, not many people have the courage to do so. Or maybe, not every dream isn’t strong enough to be realized (Humour Meant 🙂 ). Anyway, the dream was plain and simple. We have, in our country, many gifted writers, poets, columnists who write for themselves. Their work aren?t published anywhere. As a matter of fact, they aren’t considered writers at all. These diamonds visibly lose their shine and the world, at the same time; miss out a chance to explore the beauty they have to offer. The dream was to provide a platform for the budding talents to portray their creativity to the world. So much has changed since. The dream took its shape. The frustrations of being trapped in this mundane life gave birth to “HATPAKHA” in the web-sphere. “HATPAKHA” – The Online Magazine, breathed in life in the month of August, 2012. Since the release of the first edition, “HATPAKHA” has not been ephemeral. It was followed by its sequel and as of now, we’re happy to release it’s third edition. I was an ordinary socialite last February and that I am even now. But what has changed is the dream itself. The journey we’ve taken through thick and thin to make the dream tangible can only be felt. Words would obviously fall short. I take this opportunity to show my gratitude and respect to all the members of the team for believing in me and keeping their faith strong. We’re still literally un- OFFICE-ial, and our means are limited as well. Nevertheless, the team we have, spread across the nation gives us the spirit and motivation to make it through always. We are yet to be recognized by the media, by incumbent writers, columnists but we hope that someday, “HATPAKHA” creates its own place amongst its won kind. Our readers have always been affectionate towards us. We receive their gratitude, love, wishes everyday in our mailbox. And that is all we want to keep us strong, steady and motivated. We are publishing some poems, stories, articles in this edition, and we believe our readers would like and appreciate them. Be it appreciation, suggestion or criticism, we will always be waiting for your mail. 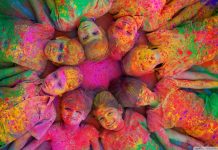 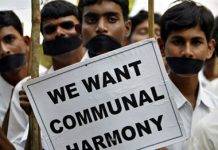 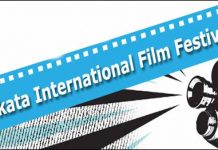